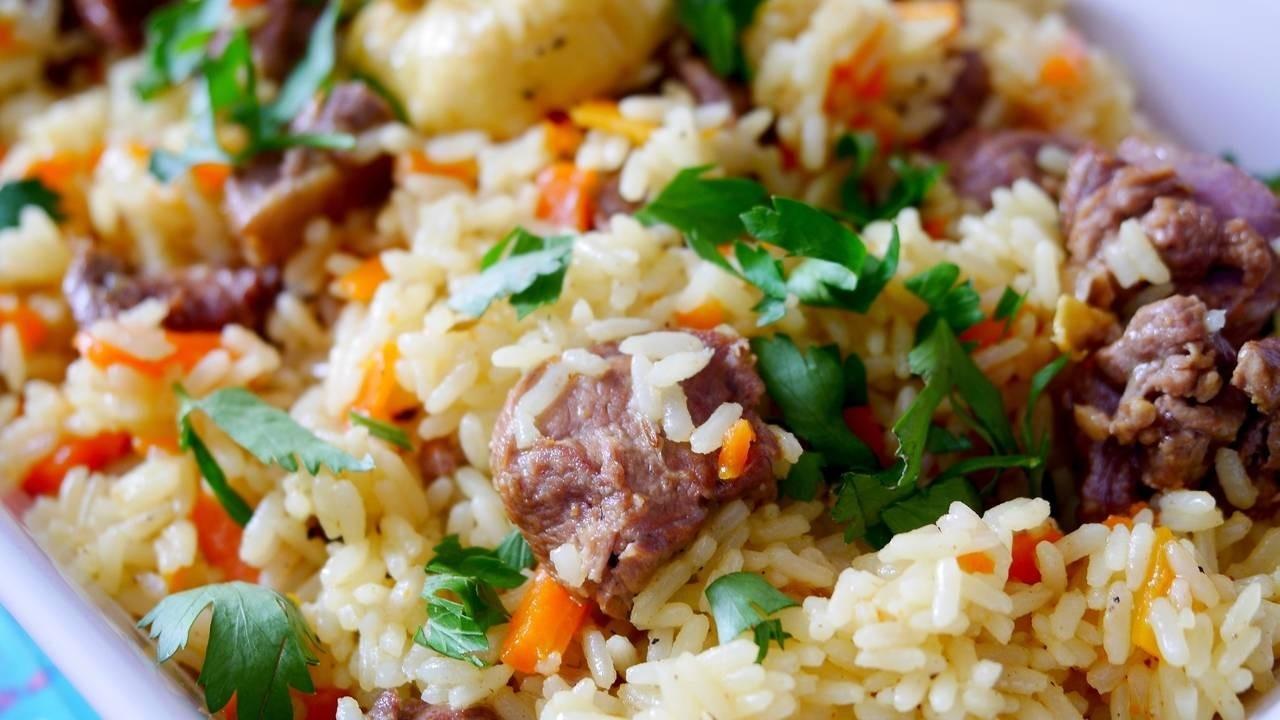 This is a classic recipe for a loved-by-everyone Uzbek Plov, also called Pilaf.  Plov is the most classic dish of Uzbekistan, consisting of rice, onion, carrots and meat, all cooked slowly in layers in a traditional cast-iron Kazan (essentially, a cauldron). If you don’t have a Kazan lying around, you can sub it for a cast-iron casserole dish. For Uzbeks, plov represents hospitality and identity.

You can get 10% off by using by code TOPALLA which will give you a discount!!

Here is the link to get the product: https://lihi1.com/akERZ

Uzbek Plov recipe is popular far beyond the borders of Uzbekistan. Growing up in Latvia, we cooked it almost every other week, and it is also loved by so many other nationalities. Simple, easy to find ingredients and outstanding taste has made this dish popular worldwide. So, thank you, Uzbekistan, for creating such a delicious recipe!

Traditionally, Uzbek Plov is made with lamb meat. Beef, pork, or even chicken could be used as a substitute.  When trying to choose the best meat cut, just go for the cuts that have a good amount of fat in them, such as chuck, ribs, shanks, or even oxtail.

Pilaf (or pilav, pilau, plov, pulao, polu and palaw) is a rice dish that is cooked in a broth. Depending on its origin, rice pilaf can be accompanied with meat, fish, vegetables, dried fruits or nuts. This method of cooking rice is widespread across the globe and has often been featured on 196 flavours. It is found in many typical recipes in the Balkans, Middle East Latin America

Since then, rice pilaf has spread across the Middle East and has been adopted by the Persians, Arabs, Turks and Armenians. It was introduced in Israel by Bukharan Jews and Persian Jews.

Uzbek plov is traditionally cooked in a Kazan, a sort of large cast iron pot, over an open fire, but cooking in a dutch oven over a gas flame will work just fine. Also, it is possible to save time by cooking the meat first in a pressure cooker before incorporating it in the plov dish. Plov was a huge hit at home. This rice pilaf dish will probably make it to your top. It is quite easy to prepare and includes everything to make it a rich and nutritional dish (meat, vegetables, rice). A must!

Directions
Step 1 : Wash the rice under the tap until clear, around 5 times - but depends on your rice, cover with cold water and let it soaks for a while. Cut the meat with bones into match-box pieces. Cut the carrots into 0.5x0.5 cm thick sticks. Slice onions into thin rings or half-rings. Clean heads of garlic from the remains of roots and dirt.
Step 2 : Heat oil in the cattle or dutch oven on a very high flame, deep-fry meat until golden-brown, in 3-4 batches if it doesn’t fit in. Add onions until golden, stir well to prevent the onion from burning. Add carrots, stir from time to time, until it starts to wilt and browns a little (5-15 min). Add 2/3 of the cumin - rub it in your palms a little to release flavour, stir gently to keep carrot from broking.
Step 3 : Lower heat to moderate, pour hot water just to cover all the goods, add salt and saffron. Then add garlic that is cut in half, and let it simmer for 40 min to 1 hour until almost all water evaporate and meat became tender and juicy. Do not stir.
Step 4 : Turn heat to max. Drain rice well, place it on top the meat in one layer, stick the garlic back, and carefully pour boiling water over it (place a spoon or ladle on top of the rice to keep the rice layer from wash away). Cover the rice with about 2 cm of water, let it boil. Add salt to make the water a bit over-salted. When water will go down the rice, reduce the heat a bit, keeping it boils rapidly. Check when it will evaporate and absorb into rice completely - the rice should remain rather al dente. Make a hole in the rice to the bottom of a vessel to check the water level.
Step 5 : Reduce heat to absolute min, cover tightly with the lid and let it steam 20 minutes. Turn of the heat, remove the garlic on the separate plate. Carefully mix rice with meat and carrots, if the rice tastes a bit blind add some salt, mix and let it stand for 5 minutes. Pile the plov on a big warmed plate and serve with garlic, or chillies and plain thinly sliced tomato-sweet onions-chilli-salt salad. Enjoy! 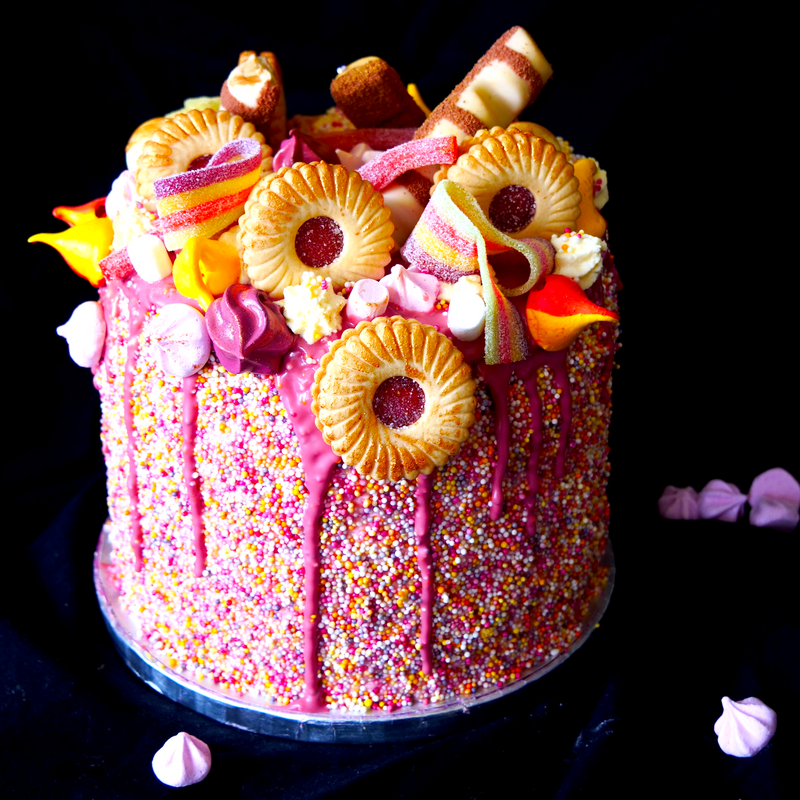 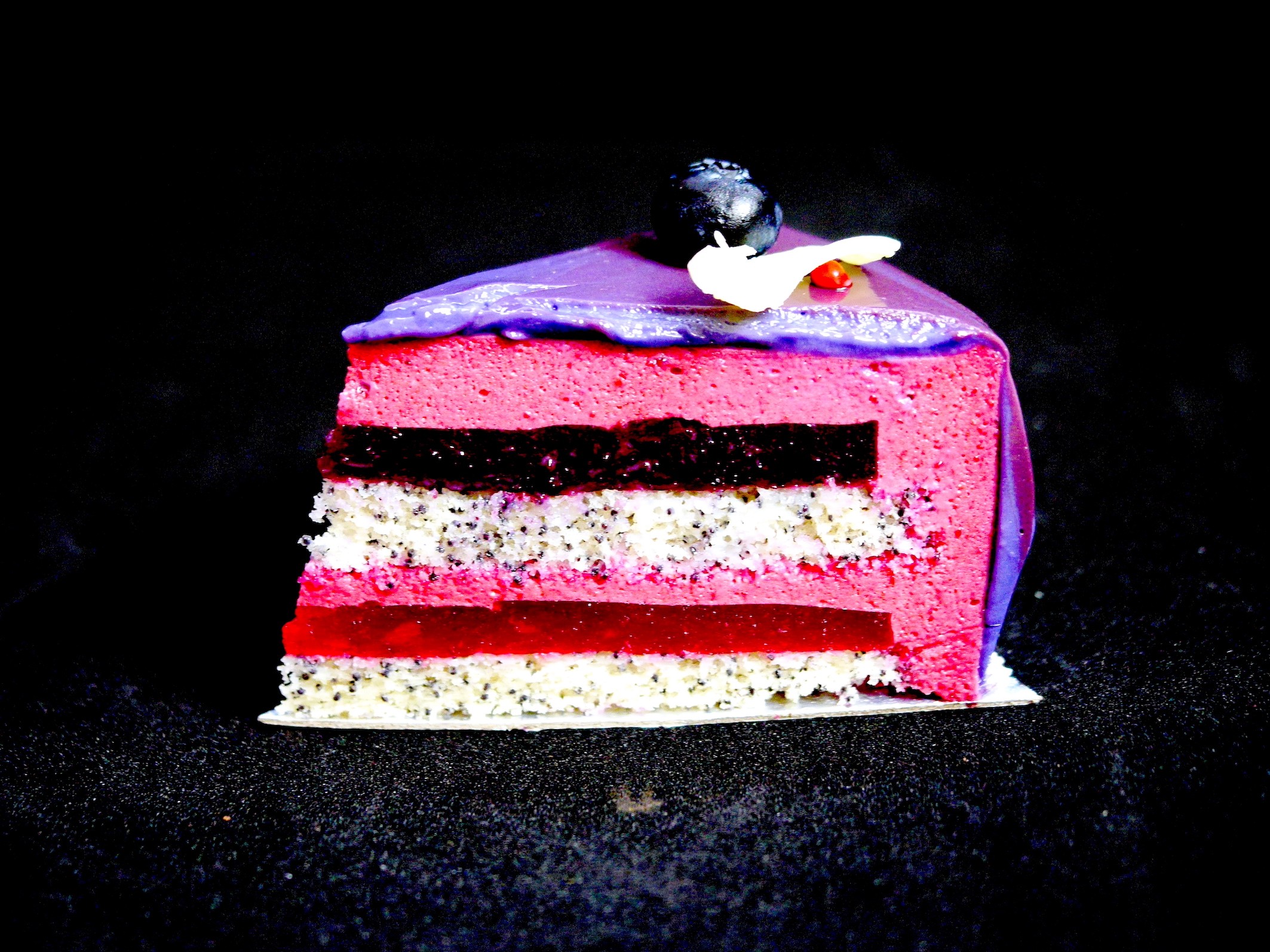 Get on the Waitlist for my 12 Week Mousse Cake Course. 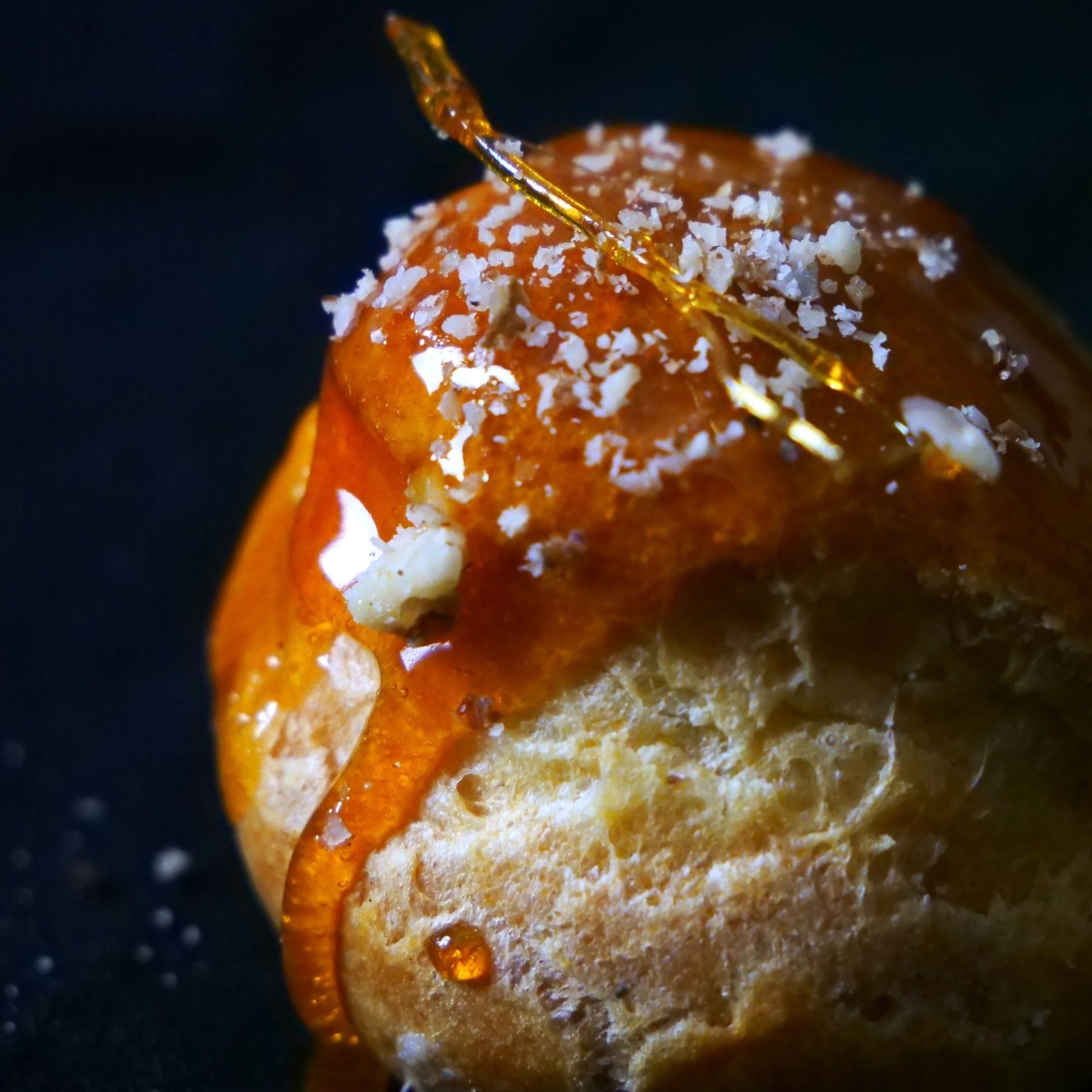 Get on the Waitlist for my Signature 10 Week Pastry & Baking Course. 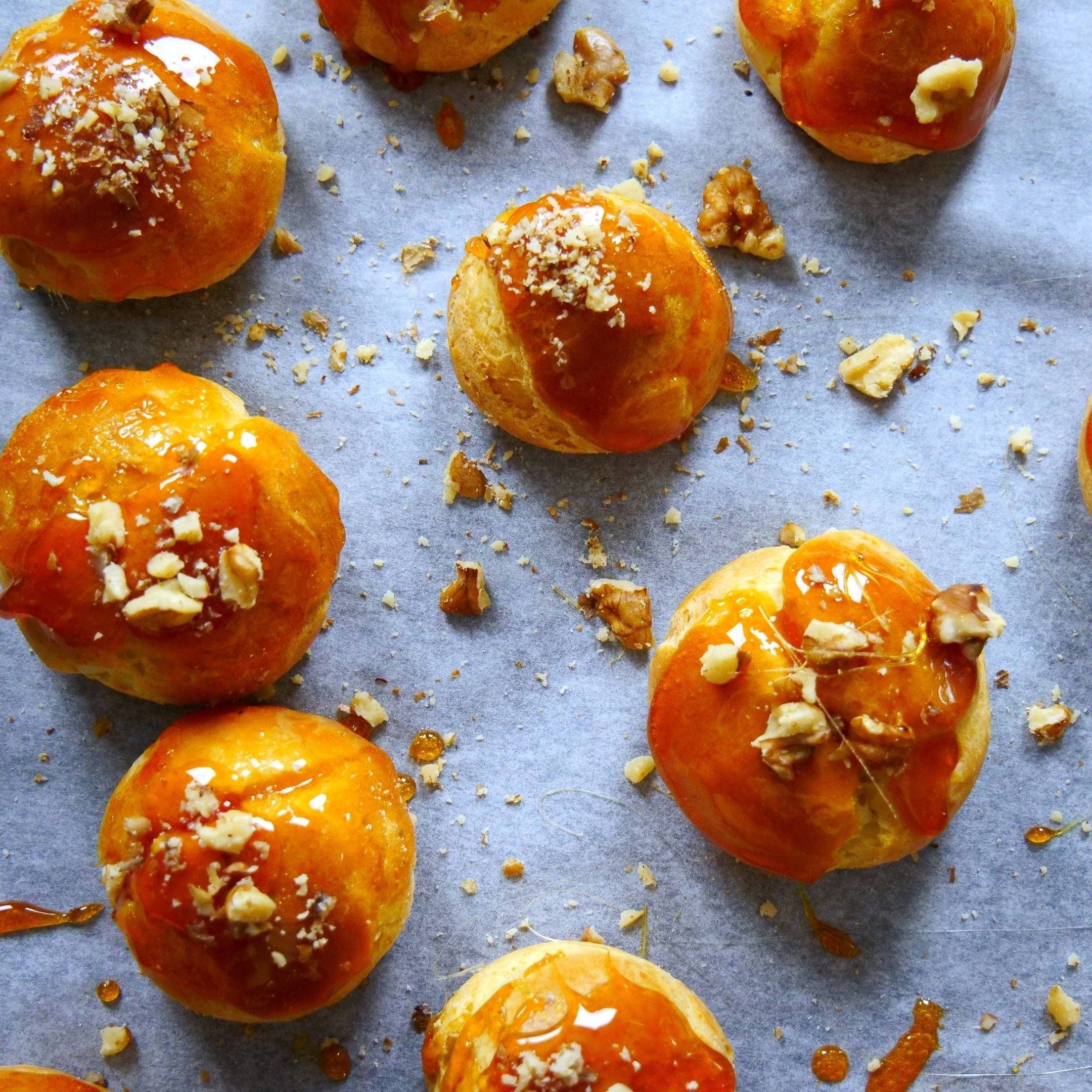 Try my Online Cooking School and get unlimited access to all the recipes and much more. 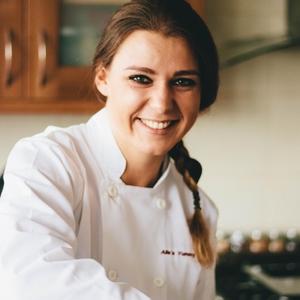 I am a Baltic & Russian Food Expert. I am also obsessed with cakes and pastry. I invite you to join me on this journey of exploring and creating something delicious in your kitchen. 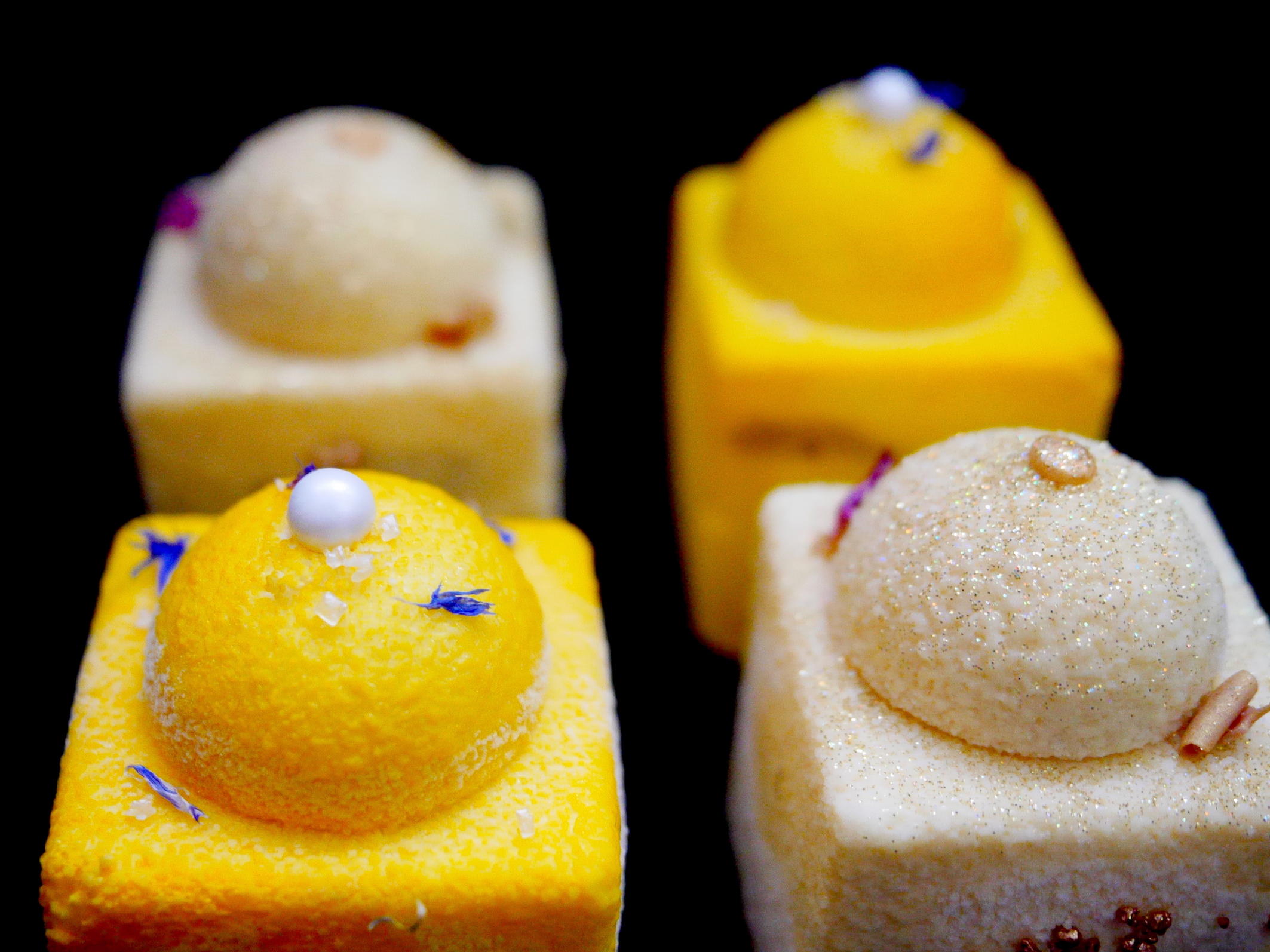 My top recipes will be sent to you directly.